Built from the ground up as a structure and an interior ecosystem that breathes elemental life and traces veins of light, The Khayriya Building is an office space that defies commercial design. Hoping for a detachment from the humdrum of the city’s chaos, the space was designed with organic elements that made the modular elements from the Porcelanosa tiles to the Louis Poulsen lighting fixtures breathe. The integration of green spaces, natural plants, a lily pond and a centerpiece of a courtyard provided a sense of catharsis. Concept Me’s main focus in creating this ethereal building was to translate light into a perspective-shifting element. The use of Cortan metal, crafted in a Beirut atelier added a sense of organic weathering to the building whilst also casting sharp shadows that spoke of time and calculated contrasts. Transparency, openness and contrasted touches of teal blue evoked a sense of life in the monolithic structure. All of these elements aimed to invoke a sense of holistic nobility in design. 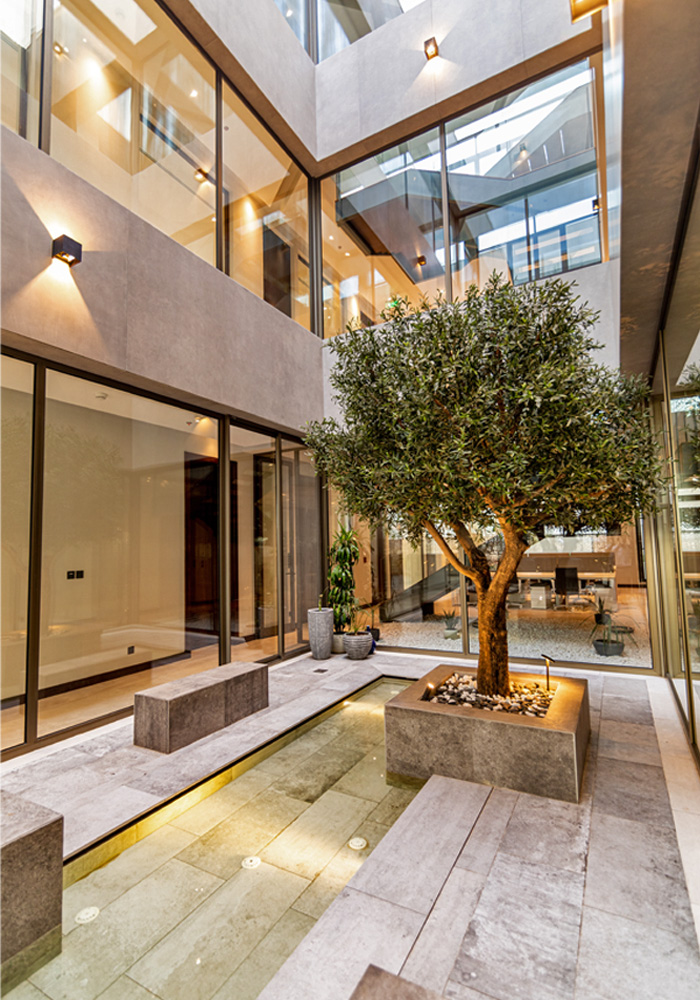 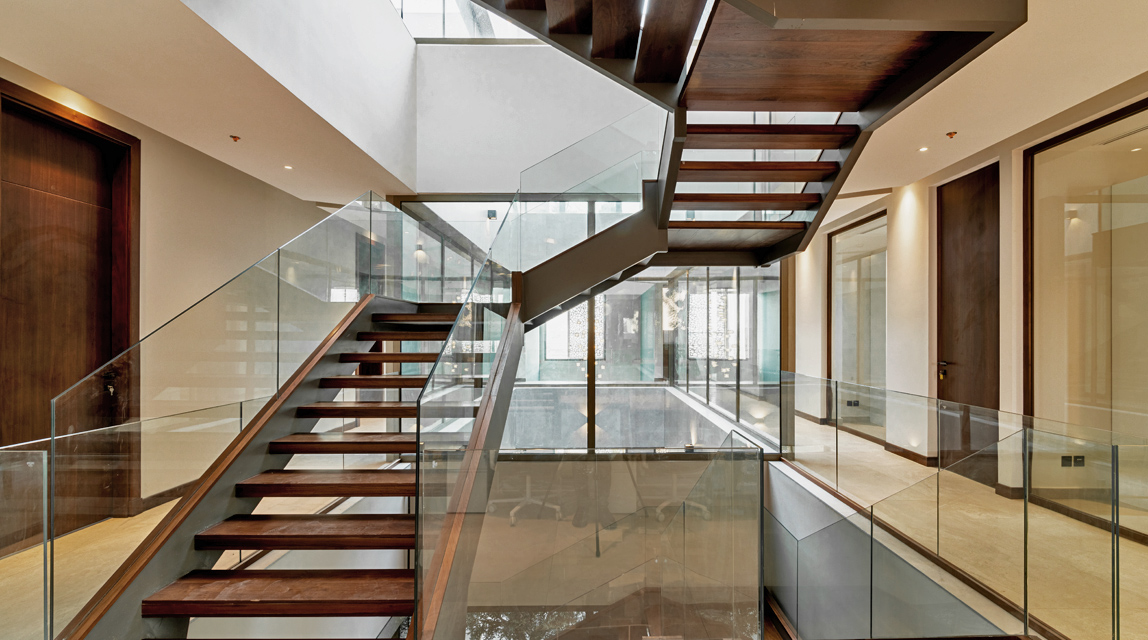 Concept Me’s commitment to a theme can be seen in the 3.6x1.2 tiles that clad the building’s façade and the curated selection of accessories on the tables and the countertops. The perception-shifting, walnut staircase is a vertical circulation that allows one to float across the luminous interior. With light being the main component of the building’s perspective, the idea of having this building turn into itself and appear as a self-sustaining structure was brought to life. All of this serves a purpose, not a mere metaphor. And that purpose is to provide a mindful and natural perspective to spatial existence.